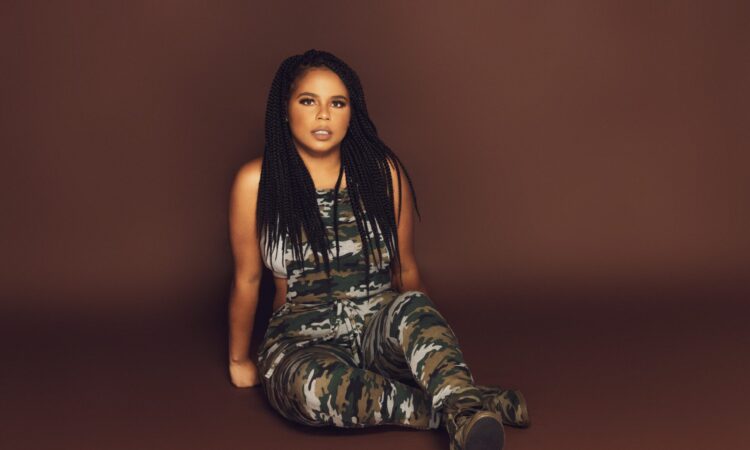 “The Way Things Were” is an eight-track EP straight outta Houston, TX. MJ the name of the creator joining forces with rising producers including Rob the Matrix and DoHenry Beats. The work focuses on a deep array of subjects spanning from inner motivation to black pride and consciousness. MJ is a rising female Hip Hop artist residing in Houston, TX. She ignited her career originally in Florida with her 2014 self-produced album, “Live Through Me” followed up with a 2016 mixtape entitled “MEEZUS”. Now she has linked up with some of the best rising producers for her current EP, “The Way Things Were,” now available on all streaming platforms. MJ’s music is not typical of today’s rap artist. She is able to tap into the wild array of emotions felt by the world this year while flowing on a dope beat. Her track “No Suicide”, is a work of inner self-reflection that you can still bop your head to.

A couple of certified anthems. A few grinding jams that shut down any club bursting at the seams. A plethora of inventive rhythms that are delivered with more authenticity, more sincerity, than any artist you’ve listened to in recent memory. All of this and more await those who stumble across The Way Things Were, an eight-song extended play from MJ. No Suicide is a humble record, but you’d never know it if you decided to just jump right into the middle of any of its tracks. It requires focus and attention to truly fall under its spell.

Black Girl Magic II is positive and self-aware in the bulk of its narrative, starting off with the optimistically brooding lyrics and closing with the ethereal sound to make you think, listen, and pay attention. It’s rare to find an EP that makes us feel good while still packing plenty of introspective fodder, especially in these depressing times we’ve been living in artistically. MJ is like a breath of fresh air in a world polluted with thick smog.

With Fly High,  as many a time as the opportunity may present itself, she never goes over the top with her expressions, choosing to reserve her catharsis for specific fragments of time when it can be unleashed with zero restrictions to hold it back, like in the briskly paced yet adorably titled Missy Flow which I presume is an homage to the legend Missy Elliot, which, personally, was my favorite song from the record.

The artist is inspired by both the hard-hitting style of Southern rap and the smoothness of soul.  “The Way Things Were” is now available to download on all digital platforms. We decided to catch up with MJ for an interview to discover her inspirations and how music became the path for her.

What inspired you to get into music?
What inspired me to get into music is my upbringing and music being a source of therapy for me. Growing up music always found a way in my life, from having to take piano lessons to being in the church choir. And I love to write lyrics. As someone who has dealt with mental health issues, writing has always been a great spiritual outlet for me.

How would you describe your music?
My music is uncontainable. I am not your typical female rappers. My lyrics are hard-hitting and straight forward. I love to experiment with different types of sound and production. Sometimes I am lit, other times I am down. My music is raw and showcases the multiple sides of me as a person along.

Where would you like to see your music career in 5 years time?
In five years I want to have already made it as an international star. A star who achieved success in her own way by being different. I am always daydreaming of being everywhere and getting to the same level as that of Drake, Kendrick, Nicki, J. Cole, etc etc. I want my music career to be at its utmost high.

Where can music fans listen to your music?
My music is available on all streaming platforms. I’ve recently released an EP entitled “The Way Things Were”. It incorporates different styles of production with straight lyricism. Go listen to it and the rest of my music now!