Charlie Simpson2 years ago“I Made it” “I Will Miss You”” and Letter to My Love featuring FryaDraggL.i.TLife in TransitionPrayed up 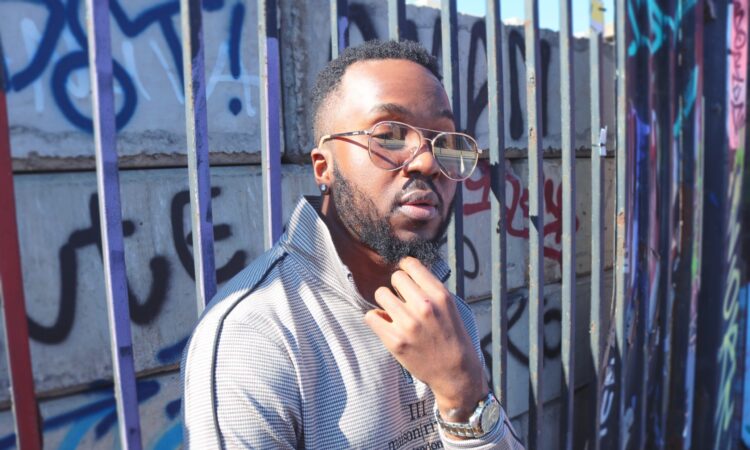 Ones to Watch artist Dragg who we featured a few months ago returns with a brand new EP entitled ” L.i.T “.  L.i.T is actually an acronym which as we hear has  a double meaning and that forms the base of the entire concept, it stands for Life in Transition, and also the Hip Hop definition of Lit which refers to having fun or something great.

The EP is split into two parts, with one part dedicated to the more club, trap driven  elements  and the story telling, more lyrical side.

Dragg commented “I wanted to be able to tell my story and also tell people about where I’m from, as well as how I over came those circumstances to be where I am today, a message which is quite prominent in “All I know” and “Prayed Up”.

He continued “I understand how people don’t like to feel like they are preached to, life is already throwing so much at us on a day to day bases so as an artist I have to provide the sound track to people’s lives without turning them off. I do this with carefully selecting production that stands out for my style because depth sonically, musically in my works matters to me. However the finished product still has to be fitting to the current trends, Then I put the medicine in the candy by making it easy to sing along to, without sacrificing the lyrical content”.

“L.i.T”…, is a sensational EP  from Dragg  with a heartfelt swing. Take a listen to the  track  “All I Know” , it offers a warm embrace in the midst of total darkness  with lyrics that gallop with a rhythmic ease taking the a Slowhand-style approach to hard hitting delivery.  “Do it Like Me”  really showcases the swag Dragg has accumulated through years of honing his craft. The production levels are second to none and the song overall grows on you when you listen for the 5th time in a row. I ended up having “Do Like Me” on repeat in the office and hours had passed by before i decided to finally move to the next track. When you listen to good music it never feels like work that is the beauty of being a music reviewer and this also coupled with the fact that there are some rare cases where you actually appreciate the quality and the art in equal measure. This was one of the cases.

There’s a textural expressiveness to songs like “Foreign” that you just can’t find in a lot of the mainstream urban  albums that have been pulling in the big buzz from both coasts over the last year.

Dragg  artfully weaves different instrumental components and lyrics  together in “Prayed Up,” “I Will Miss You”, “I Made it,” and Letter to My Love featuring Frya and  despite the fact that every one of these compositions is an individual beast in its own right, there’s a sense of continuity to the music that makes everything feel progressively tied together, as though we were reading from different passages in an intimate diary of love, lust, loss and luminosity.

I don’t often say this about just any EP, but “L.i.T” … feels almost operatic in its storytelling-centric aesthetic, and I think that it’s outside of the box-style construction is definitely what makes it the perfect EP to kick off the new season.

I’ve been listening to a lot of really good music this year, but of all the records in this genre, Dragg’s latest is definitely in a class of its own. Every time that we think we’ve heard the best of his brilliance in action, like the chest-beating “Prayed up” for example, he turns around and finds a way to top himself, like in the climactic ending number “I Made it,” which isn’t something that can be said for the vast majority of artists he’s competing with for the spotlight at the moment.

The artworks themselves tell a story, for example; “Prayed up” which is officially my favourite song on the EP  has an  artwork featuring a building which is the Hilbrow Tower  probably one of the most iconic modern structures in the Southern Hemisphere. It is located a couple blocks from the building Dragg grew up in, and basically represents the rise and the fall plus subsequent rebuild again of Johannesburg, South Africa.  The era depicted before the end of apartheid.  Dragg commented “Hilbrow was a neighbourhood reserved for the rich whites, had some of the best buildings and advanced technology as good as any in the world, then Apartheid ended, Mandela came home and the poor people flooded into Hilbrow to seek work. Buildings like the Hilbrow Twoer felt the effects as they were neglected, hence the fall”.

Lawrence Sean Sibanda aka Dragg was actually born in Johannesburg in 1993 to Zimbabwean immigrants and raised in the heart of the City of Gold. While his parents migrated to England, Dragg returned to Zimbabwe during his teens and he quickly came to realise that Bulawayo and Johannesburg were culturally, linguistically and musically very interwoven.

Dragg is an ace at making unselfish, easy-going music with a soulful, independent-minded lyrical center, and if you’ve never heard his music before now, I would say that this EP is a good way of getting acquainted with his sound.

Tags :“I Made it” “I Will Miss You”” and Letter to My Love featuring FryaDraggL.i.TLife in TransitionPrayed up
share on Facebookshare on Twitter
add a comment