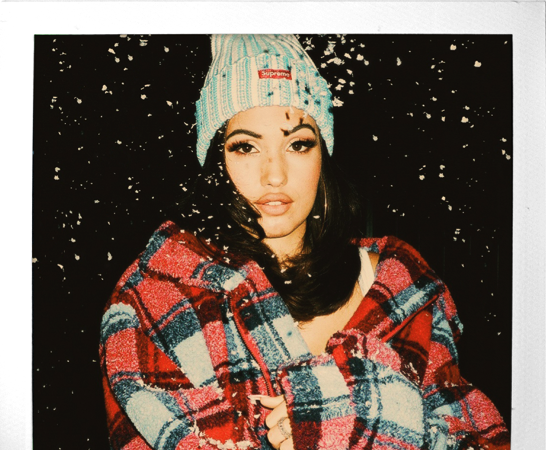 “One of the UK’s biggest pop stars” Guardian Guide

“Sleek and smart…one of 2019’s breakout stars” The Telegraph

“Mabel steps towards the major leagues…cements her as a proper, high definition pop star” The Face

This singer/songwriter is nominated for Best Female Act, Artist of the Year (UK) and Best Music Video at the upcoming UMA.  Mabel has this month also released surprise new Christmas song ‘Loneliest Time Of Year’, which is available now on Polydor Records. This caps off a nonetheless incredible year for the 23-year-old: ‘Don’t Call Me Up’ is the biggest selling single of the year by a UK female artist (with ‘Mad Love’ also in the annual top 10), having surpassed 1 million sales and seen her debut album, ‘High Expectations’, chart at number 3. Off the back of a European tour with Khalid and a show stopping performance at this year’s MTV EMAs (where she was up for 3 awards), Mabel’s collaboration with Tiësto – ‘God Is A Dancer’ – is also still in the top 20, with her UK & European headline tour beginning at the end of January.

‘Loneliest Time Of The Year’ has the warm feel of a classic Christmas song, but – from its “sorry I’m not so merry / but I feel like this yearly” opening – one graced with Mabel’s trademark, brutally honest twist. Wrapping twinkling R&B and gospel melodies up with Mabel’s richly soulful voice, the track takes a lifelong love of Destiny’s Child’s ‘8 Days Of Christmas’ and pairs it with a raw emotive lyric for those who find the holiday season far from the most wonderful time of the year.

Whether tackling a toxic breakup (‘Don’t Call Me Up’), experiences of depression and anxiety – ‘OK (Anxiety Anthem)’ – or the harsh realities of Christmas, Mabel has emerged as a songwriter able to draw power in times of vulnerability. It’s this candid but positive outlook that makes Mabel one of the UK’s most refreshing young role models – after all, as she sings on ‘Loneliest Time Of The Year’, it “can’t just be me feeling like this” – and the perfect, knowingly-imperfect modern pop star.