UMA Track of the Week – MO 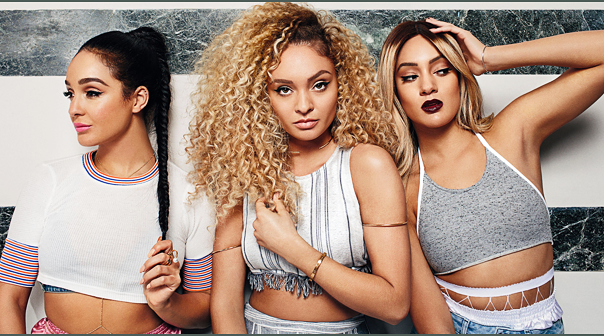 M.O consists of members Annie Ashcroft, Frankee Connolly and Nadine Samuels. The girl band was formed in 2012 by the members themselves, after their previous groups Mini Viva and Duchess went their seperate ways. Starting out on independent label Operator Records, they have been signed to Polydor since early 2016

Frankee Connolly was a part of Mini Viva until the duo’s split in 2010, whereas Samuels and Ashcroft were both members of the girl band Duchess until 2012.M.O was formed in late 2012, after Connolly had met Samuels and Ashcroft at music industry events.The group’s name originated from Drake’s “The Motto”, which features the line “That’s my M.O add a B to that”, and is short for Modus Operandi. M.O’s initial aim was to bring old school 90s music back, naming old school J.Lo, All Saints, Aaliyah and TLC as an inspiration amongst others.

M.O made their debut as a band with a remix of Brandy and Monica’s “The Boy Is Mine”. At this point they received positive feedback from the music industry and were championed by the likes of Ed Sheeran. They followed up their debut on YouTube with their first promotional single “Wait Your Turn”, which was followed by other releases in 2013, including “Ain’t Got Time” and “Hot”.