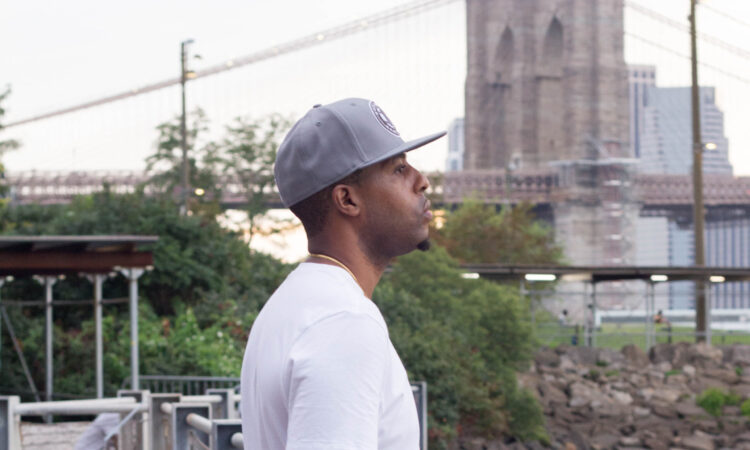 In the latest single, titled “Black Business”  Amari Mar  taps in Jadin Shropshire and  continues to impress critics and fans alike with his warm tonality, earnest lyrical style and humble poeticisms – the best of which, I might add, could well be contained within the three and a half minutes this song runs.

The title itself  ascends into the heavens with a simple strut, but beyond his black and white delivery, there’s very little in “Black Business” that I would describe as being unelaborate in nature. Like a warm ray of sunshine on an otherwise cloudy afternoon, this is one track almost guaranteed to shift your mood towards the positive no matter how many times it’s been played before. Especially in these times of BLM movement, it is extremely important to promote group economics. Black businesses matter and entrepreneurs coming together within the black community is what the world needs.

I absolutely love the emotional depth created by the harmony between both artists.  I think it’s clear that there isn’t anything forced in his execution here.

“Black Business” is a significant  composition in every way that actually counts for something – in rhythm, rhyme and tone, there’s an easygoingness to this song that you don’t hear every day on the FM dial, and that alone makes it quite the pop gem indeed.

This master mix, which is the same whether analysing the music video or the song on its own, is supremely detailed from top to bottom, but it doesn’t feel overwhelming in the least. I can definitely see where both casual music fans and more serious audiophiles would enjoy the vivid textural expressiveness of the instrumental components here, and though the video is a very fetching watch, I’m confident that the bulk of audiences who take a peek at their work will be far more intrigued by his compositional skillset than they are anything comprising his cosmetic appeal (which, to be fair, is admittedly vast all by itself).

We decided to catch up with Amari Mar for an interview…

How would you describe your music?
My music is vintage conscious hip hop from soulful to jazzy boom bap beats.

What would you say is your recording and song writing style?
I like to listen to the beat or instrumental and from the vibe I get from the music will dictate my approach to where I will go as far song concept and ideas. When im in the booth I like to be in a good head space to bring out the best and creativity while recording music.

Where would you like to see your music career in 5 years time?
In 5 years time I would like to keep putting out more music while in that creative space and also playing a mentor or executive producer helping others by supporting and investing in other artist music.

Where can music fans listen your music?
Currently people can listen to any of my music on my bandcamp page at Amarimar.bandcamp.com and check out my new single Black Business featuring Jadin Shropshire on most digital and streaming platforms on 10/02/2020. You can preorder the single on itunes http://itunes.apple.com/album/id/1532006086