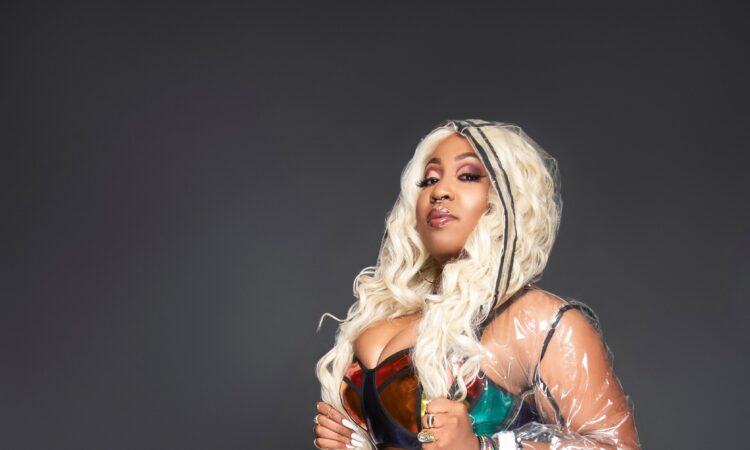 A born performer, Luna Heist has been featured in a variety of hip-hop magazines, and has been featured on both local FM radio and international radio. Further accomplishments include singing and playing alongside “Disco Queen” Janice Marie Johnson from the Grammy award-winning band “A Taste of Honey”, as both a rapper, backup singer, and keyboardist. Luna has opened music concerts for major celebrities including legendary hip hop icons Slick Rick and Keith Murray.

In her smash single The Heist,  Luna tells us in divine short order that  things have only just begun and it looks like she is certainly aiming for the top.

It’s a war cry from a star who is on the verge of blasting through a brick wall with all of the immense power she’s wielding with that microphone in her hands, and in The Heist, we’re forced to come along for the ride in what is my personal choice for breakout single of the year.

Luna is a name that you should get used to hearing if you’re keen on the Top 40, because not only does her latest song have her riding high and hard against the established hierarchy of the Billboard Charts, but the potential content that she’s clearly teasing us with this latest effort is too exciting to look away from.

She articulately describes the day turning to night and the transformation of personalities that come along with the darkness. We come alive with her, animalistic in our adventurous drive to get out and connect with the night, and the tension is going to keep building until we reach our goal, one way or another.

Her swaggering verse against synthesized beats that tower over us like giants is hard to keep up with if you don’t have the constitution of a Hiphop fan, but if you’re someone who appreciates the indulgence of  HipHop, then this is right up your alley. This American-born temptress is so adept at distributing her textured vocal magic evenly across the track that one has to wonder if music is the only medium of art that she’s phenomenal at.

Artists like Luna Heist are the reason that music never gets stale and constantly changes with the times that we live in. She keeps alive the relevancy of thick beats that shake the ground beneath us and invite us to leave our inhibitions where we found them and embrace all of the energy that the night has in store for us.